Towards a Single European Sky 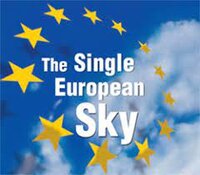 None of its targets have been met due to state inaction. The SES’ benefits are an improvement in safety performance by a factor of 10, greater capacity and fewer delays, and a 10% cut in EU aviation emissions, according to IATA.

So far, the SES has failed because air navigation service providers (ANSPs) have had inadequate targets and insufficient independent oversight. The European Commission’s proposal provides a remedy by giving regulators the power to enforce robust performance targets.

IATA strongly supports the efforts of the Commission and some reform-minded states in a package that includes:
1. The creation of an EU-wide regulatory agency with powerful and independent national economic regulators.
2. Strengthening of the pan-European Network Manager to improve efficiency, which will help cut delays and emissions.

Although air traffic control is a monopoly, it is not subjected to strong independent regulation, like every other monopoly. The SES has so far failed because ANSPs have had inadequate targets and insufficient independent oversight. The Commission’s proposal provides a remedy by giving regulators the power to enforce robust performance targets.

Many European states are considering blocking the reforms in favor of an alternative vision, which will weaken the targets and regulatory oversight. This could collapse the entire package of reforms. “Such a catastrophic failure of the Commission’s proposal would take years to recover from,” warns Willie Walsh, IATA’s Director General and former CEO of British Airways. “We would have lost a real opportunity for change when it is vitally needed.”

And he adds: “The environment and the European economy will pay a high price for that, along with travelers and airlines. It’s time for states to put an end to years of short-sighted political maneuvering and administrative paralysis and support the Commission’s proposal to finally deliver a Single European Sky.”