Erhan Kolcuoglu has had a number of IT jobs in Rotterdam until he got a brilliant idea. Taxis are very expensive in the Netherlands, due to an array of local, national, and European rules. But he finds out 2 things. First, the national rules only apply to taxis with 4 or more wheels. Second, European law classifies a car as a tricycle when the back tires are less than 46 cm apart.

Fortunately, he finds a construction firm that can convert a Ford Ka into such a ‘tricycle.’ In addition, the firm can tweak the car such that it is extremely fuel-efficient. After a couple of weeks Kolcuoglu has a green car that qualifies as a tricycle according to European law for which he obtains a patent.

When he shows the vehicle to the Agency for Road Traffic, they ask whether he wants the car to be inspected. His response is that it is not a car, but a tricycle. They call on a manager, who concludes that regulations allow the rebuilt Ford Ka to drive on the road as a tricycle. 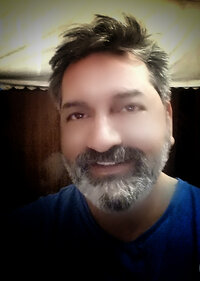 Kolcuoglu resigns from his job, starts the company Huprr, and offers rides up to 10 kilometers for €6.50. He avoids the term taxi driver, but rather uses the slogan ‘affordable transport through innovation.’ Once on the road police and even custom officers stop him, but he shows his papers and explains them the rules.

Taxi drivers appear to be upset even though he explains them the rules. Yet, they call the city hall and demand that they remove the green Ford Ka from the road. Although not easy, he succeeds in explaining them that his vehicle is legally a tricycle, not a car.

In 2019, however, his vehicle is attacked and damaged. Kolcuoglu suspects that the culprits are illegal taxi drivers or have been hired by legal drivers. But customers are enthusiastic and meanwhile, he could increase the price to €9.50.