Second, flight MH17 that is downed on July 17, 2014, exactly 5 years ago. Accurate research into the shooting down has been done by the Joint Investigation Team (JIT). This team comprises experts from the Netherlands, Malaysia, Australia, Belgium, and Ukraine.

Another group that has done accurate research into MH17 is Bellingcat, a collective of investigating journalists. By using the internet and other sources both groups find convincing evidence that MH17 was downed by a Russian BUK missile. It has been fired by a Russian military unit from an area controlled by Ukrainian separatists and Russian soldiers.

To Russians such real research work is unknown. Justice is in Russia a matter of power and money. There are no independent judges, rather they are under the control of the rulers in the Kremlin. No independent research, but other factors determine what a judge reads in the court room.

Only 10-15% of the Russian population have access to the internet. Thus, the vast majority of Russians depend for their news on state controlled media. This explains why they have no idea of what has really happened to flight MH17.

Russia has given several explanations of why MH17 crashed. One of those explanations is that a Ukrainian military Su-25 fighter jet has shot it down when it tried to down Russian ruler Putin’s plane. Russia kept telling this fairy tale until after 1 year, when it had lost every credibility because it is technically impossible.

The Russian manufacturer of the BUK - Almaz-Antey - fabricated an alternative explanation. The missile would have been fired by Ukrainian soldiers from an area under their control. But the independent Russian aviation engineer Vadim Lukashevich has shown that this explanation contains numerous mistakes and falsifications. 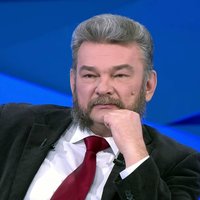 Almaz-Antey claims on the basis of computer simulations and a test explosion with a real cockpit that the missile came from Ukrainian territory. However, Lukashevich points to a long list of mistakes in their research. For example, they used for their simulations a Boeing 767. This plane is considerably smaller than MH17’s Boeing 777. Some mistakes seem intentional. Examples are neglecting the crosswind’s effect on MH17’s course and using wrong meteorological data of unknown origin.

Note that a Russian troll using the non-Dutch name Legitimus Maritus claims on our Facebook page that he is a Dutch investigator. (S)he is not. Rather, this Russian troll circulates as much disinformation as possible.

Related: “Justice far away in MH17 drama”, “MH17: a fairy tale blown up” and “Russia is traveling back in time”