They blame the Netherlands and Australia for pointing to Russia as the perpetrator. According to the Russian website RT (Russian Today) the decision to quit the MH17 panel is a logical result of Dutch provocations. Since the October Revolution of 1917 this term is typical for Russian propaganda.

What Russia would prefer to investigate, is why the airspace over eastern Ukraine wasn’t closed at the time. This is understandable, as talking about this subject would divert attention from the killing of the 298 people on board MH17.

Moreover, Russia blames the Netherlands for filing a complaint at the European Court of Human Rights (ECHR). By doing so the Netherlands wants to ensure that the information it has about MH17 will be available for cases that relatives of the MH17 victims may bring before the ECHR. 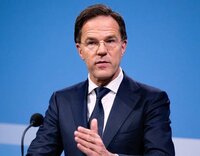 Mark Rutte, the Dutch prime minister, says he is surprised and very disappointed by the Russian decision. Nonetheless, he still wants to negotiate further: “We are cooperating with Australia and are very motivated to finalize this affair in a satisfactory way.”

This is pretty unrealistic as Russia’s only concern is to cover up its role in the downing of MH17 by pro-Russian Ukrainian rebels. After all, the (Russian) missile that destroyed MH17 has been transported from Kursk in Russia to eastern Ukraine. And immediately after the missile is launched, the launcher is transported back to Russia. That is incriminating enough for wanting to divert attention from Russia’s role.

In early March 2020, the Netherlands started a criminal case against 3 Russians and a Ukrainian, who are held responsible for the downing of MH17 on July 17, 2014.