A new leader of the free world 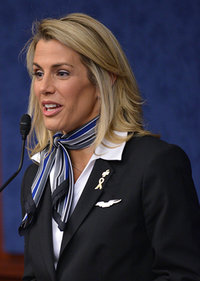 Much of Nelson’s frustration stems from the lack of a national policy related to travel safety measures on masks, social distancing, and cleaning. Trump has avoided implementing any kind of guidelines on a national level as he continues pushing towards a full reopening of the US economy in view of his re-election.

As a result, virtually all countries are fighting the pandemic better in terms of corona deaths per 100,000 population than the USA. Only 10 countries are doing even worse than the USA according to Johns Hopkins University & Medicine. Presidential hopeful Joe Biden could choose ‘Make America Great Again’ as his slogan. In a few years fake president Donald “Duck” Trump transformed the USA from a great country into a banana republic. Shortly after entering the White House his ailing business suddenly starts making money, like a miracle or – more precisely – thanks to corruption.

Obviously, the USA is considerably worse off than Trump. The country has lost a lot of influence and is no longer the leader of the free world. Americans are facing decreasing purchasing power due to increased import tariffs resulting from Trump’s trade wars as well as the dollar’s weakening.

Furthermore, Americans have long enjoyed one of the world’s most powerful passports giving them excess to virtually all countries. But Trump’s lack of management of the coronacrisis has upended this. No less than 87 countries banned American passport holders in 2020, while others implemented new visa restrictions for Americans. American passports are now weak, but as usually Trump doesn’t take any responsibility at all.

The world’s new leader is Germany. It is illustrated by what happened after the Russian opposition leader Alexei Navalny was poisoned. He was not taken to an American hospital because that would have angered Trump’s mentor, the Russian ruler Vladimir Putin, who is responsible for the poisoning. Instead, Navalny is now being treated in a German hospital.

Moreover, the German Chancelor Angela Merkel demands clarification from Putin about Navalny’s poisoning. The USA remains silent as Trump is afraid his mentor may stop his furtive meddling in the US presidential election in Trump's favor .

Related: It was a Buk from Russia