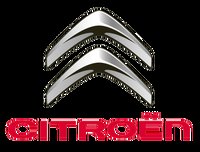 Airlines are experiencing problems to find passengers. Many people prefer to stay in the safety of their home rather than traveling the world. Although some carriers are offering inexpensive tickets, quite a few are still asking high prices. But rebooking a flight is now practically free.

Some airlines are trying to entice flyers by attaching new and in some cases interesting conditions to their tickets. One of them is Emirates. If you book your flight on Emirates you’ll automatically receive free cover for COVID-19 related cost. Thus, it does...
Read more
Airlines
No comments
Permalink

Airlines say that flying is safe despite the coronavirus. Passengers must complete a health declaration and they must wear a face mask onboard. The airline industry’s mantra as to the coronavirus is that “the risk of transmission from passenger to passenger on board is very low.” But this picture may be Trumpian, that is, way too rosy.

In 6 weeks at least 45 flights arrived in the Netherlands with passengers who appeared infected with the coronavirus. Passengers who have been seated within 2...
Read more
Safety and Security
No comments
Permalink

Usually, such agencies work on the basis of No...
Read more
Airlines
No comments
Permalink

The scandal emerges in the wake of a PIA plane crash in Karachi that kills 97...
Read more
Airlines, Safety and Security
No comments
Permalink