claims it observes a sharp rise in bookings for the upcoming holiday season, both for intra-European and intercontinental flights. In particular bookings to South Africa, Namibia, the Canary Islands, Madeira and sunny destinations in the Mediterranean would be on the rise. But also snow-assured areas in Northern Finland are popular according to Lufthansa.

No absolute number of bookings

The carrier doesn’t report absolute numbers, but all airlines have been complaining about the low number of travelers. An increase in the number of bookings, say from 5,000 to 25,000, is a 400% rise. But in absolute terms that is still a modest increase. 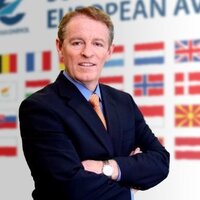 Air traffic in Europe will remain most likely quiet in the next few years. Eamonn Brennan, Eurocontrol’s Director General is not optimistic: ”Even in the most positive scenario, we don’t expect a recovery to 2019 levels before 2024. There is a very real prospect that this recovery could take even longer, perhaps to as far out as 2029.”

Given this grim picture it is understandable that Lufthansa wants to show optimism. The carrier has scheduled flights from Frankfurt and Munich to almost every island in the Canary Islands. In addition, it has included flights to ski resorts in Northern Finland. We will have to wait and see whether passengers will be as optimistic as Lufthansa.