will settle with 3 passengers. They will get €600 ($665) each as compensation for the delay following a fuel disturbance at Amsterdam Schiphol Airport on July 24, 2019. This way KLM avoids a legal ruling, according to Aviclaim. This is one of the many “claim farms”, as the aviation industry calls claim agencies derogatory.

Those claim agencies are a thorn in the airlines’ flesh. Often they succeed in forcing airlines to follow the law. To airlines this is a nuisance. It implies that they must pay compensation to passengers due to delays or cancelations. They only must do so, for that matter, if the delay or cancelation is a consequence of the carrier’s own actions.

To KLM it is important to avoid a judge’s ruling. Otherwise, other victims of delays or cancelations would also be entitled to compensation for the same reason. Of course, that is not what KLM says. They claim that they offer the settlement out of generosity.

The reason would be that that KLM let 3 passengers wait for 3 days before rebooking them. In an attempt to turn it into some positive publicity, KLM adds something. The 3 passengers’ treatment “does not comply with the service we want to offer our clients. Therefore, we have offered them compensation.“

Thus, their delay was even longer than for other passengers. But according to EU regulation 261/2004 a carrier must pay compensation if a delay longer than 3 hours can be attributed to the airline. 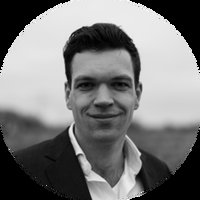 Small wonder that Aviclaim is not impressed by KLM’s argument. “We will increase the pressure and start more lawsuits for the more than 1,500 passengers who contacted us,” says the founder of Aviclaim, Remco Kuilman.

But knowing KLM, he cautions that not everyone immediately get paid compensation. Indeed, travelers who suffered delays but did yet not file claims, can still do so. Only 2 years after the delay the right to claim compensation from the carrier will expire.

Related: Which compensation do EU rules provide in which cases?