How to claim compensation from Ryanair?

Ryanair has welcomed a court ruling in Barcelona that no compensation should be paid to passengers for flights canceled due to strike action. The reason is that the disruption was out of its control, so the airline was not to blame.

However, the Court of Justice of the European Union (CJEU) has repeatedly ruled differently. Thus, the odds are that passengers who go to the CJEU may find it on their side so that Ryanair would have to pay compensation.

Cancelations due to strikes

Ryanair's argument why it would not have to pay compensation under EU regulation 261/2004 is: "If these strikes, by a tiny minority of Ryanair crew, were within Ryanair’s control, there would be no strikes and no cancelations." 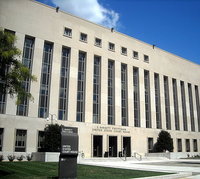 For the same token one could argue that if Ryanair should have negotiated better with its flight attendant and pilot unions. Then the labor dispute would have been smoothly solved and there would have been no strikes and no cancellations.

Compensation in case of strikes

Interestingly, the British Civil Aviation Authority (CAA) has another stance than Ryanair. It agrees that the strikes did not involve UK employees. But taking account of previous court rulings, the CAA advises passengers to claim compensation from Ryanair.

The CAA adds that passengers must first submit their claim to Ryanair. If they are not satisfied with the response, they can seek redress via the approved Alternative Dispute Resolution service (ADR).

Ryanair has signed up to AviationADR, so passengers can contact them to file their compensation claims.