How serious should we take the IATA?

The International Air Transport Association (IATA) is the trade association for the world’s airlines. The group complains that airport monopolies are taking money from the pockets of travelers to reward investors.

The IATA has called on the European Union (EU) to strengthen economic regulation at European airfield monopolies as charges continue to rise.

The IATA claims that the portion of the ticket price taken by EU airports doubled, whereas the cost of an air ticket remained virtually the same in the period 2006-2016. Had airport charges remained constant over this period, consumers would have saved €17 ($20) per one-way trip. The IATA does not add that consumers would also have faced airports that are not up-to-date.

Note that the IATA refers to the ticket price, not to the numerous fees and surcharges that may double the total price of a ticket. In the past decade airlines have “unbundled” services, which is airline speak for charging passengers separately for everything they can on top of the ticket price.

Carriers could do so for 2 reasons. First, the aviation industry – in particular in the USA - has turned from a competitive market to an oligopoly with limited competition. Second, in the past century the industry lobbied successfully for deregulation. As a result, they are free to charge whatever they want to please their investors.

Generally, lobby groups have difficulty in being consistent, but it seems in particular true for airline lobbies. The IATA’s complaint that airport monopolies are taking money from the pockets of travelers to reward investors boomerangs, because the exact same argument holds true for the airline industry.

The IATA’s point is that when carriers are taking money from the pockets of travelers to reward investors this is not a reason to regulate airlines in contrast with EU airports. 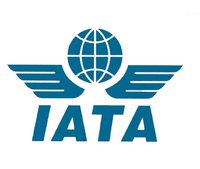 In the USA there is little competition left after the US airline industry’s consolidation through mergers in the past 2 decades following the industry’s deregulation for which the industry lobbied in the previous century.

This is particularly interesting because currently, the IATA is lobbying against new regulation in Mexico that affects compensation rights and baggage charges. The lobby group calls it ‘’punitive regulation on consumer protection.”

Obviously, the IATA considers regulation of airlines a bad thing, but regulation of airports a good thing. Lobby groups that by definition only look after their own interests are blind to inconsistencies that are obvious to outsiders. But it is difficult to take the IATA serious if it embraces such inconsistent views.