Thirteen accidents involved passenger flights, 6 were cargo flights. One out of the 20 accident airplanes was operated by an airline on the EU blacklist, down by 2 compared to 2018.

Most fatal accidents in North America

Five of those accidents occurred in remote or rugged parts of Canada and Alaska. Despite progress made through various safety initiatives by Canadian and US regulators, this still is an area of concern. 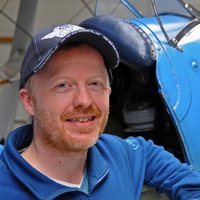 Aviation Safety Network's CEO Harro Ranter reflects on this accident rate by saying that the level of safety has increased significantly.

Ranter also reflects on the worldwide Boeing 737 MAX grounding: “The year 2020 should be decisive on how the international aviation industry will handle aircraft design, flight crew procedures and certification in the wake of the 4th longest airliner grounding.”

Related: “A litmus test for Boeing”