Delta Air Lines must pay an amazingly low fine of $50,000 (€45,000) for discriminating customers. In addition, the carrier must provide civil rights training to certain Delta flight and cabin crews and customer service representatives. This can be read in a US Department of Transportation’s (DOT) dissent order issued on January 24, 2020. Also, the DOT requires the carrier to enhance its e-training civil rights program.

The reason is that flight attendants - backed by their captain - appear to have discriminated Muslim passengers in 2 separate incidents. As the incidents are quite similar, we describe here just 1 of them.

On June 26, 2016, Nazia and Faisal Ali – both US citizens - are returning from Paris to their home city Cincinnati. Nazia is wearing a head scarf. A passenger informs a flight attendant that the couple’s behavior during boarding makes her “very uncomfortable and nervous.”

She says that Faisal “inserted something plastic into his watch and was doing something with it.” Moreover, the couple is “fidgety, nervous, and sweating.” Amazingly, the flight attendant takes it seriously. After all, the vague and very subjective observations suggest the passenger is a nervous, inexperienced flyer.

While walking through the cabin the flight attendant passes Faisal. She observes him texting on his cell phone using the word “Allah” several times. As she approaches Faisal, she reports that he makes eye contact with her. However, she considers it suspicious that he doesn’t smile to her and reaches over to pat his wife’s hand.

Next, the flight attendant informs the Captain of the passenger’s account. In the meantime, another flight attendant walks through the cabin. She observes that Faisal is texting on his phone and claims that as she passes, he changes his screen. 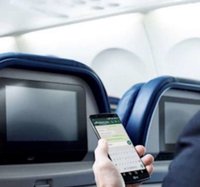 Can a flight attendant be a security risk?

Obviously, if a flight attendant is not comfortable with having you on board, you may be escorted off the aircraft. This is not only very subjective. It also raises the question whether such a flight attendant may be a security risk herself.

Remember that the security officer told the captain there are no red flags after having checked the Muslim couple. It seems that Delta is facing a problem with some of its flight attendants. Thus, the DOT has taken the right actions by requiring Delta to enhance its e-training civil rights program. And by mandating Delta to provide civil rights training to certain Delta staff members.

However, it remains to be seen whether this will be helpful. It seems unlikely it will change a flight attendant’s behavior. A nervous, fearful and suspicious person will usually remain just like that.