Chaos and ignorance in Washington

It is widely rumored that the USA is considering extending the ban on electronic devices larger than an iPhone in the cabin. Currently, the ban applies to direct flights from the Middle East to the USA. This may be extended to flights from Europe to the USA. The first laptop ban was implemented with 72 hours’ notice without any consultation of airlines and airports.

Many passengers responded by giving up their plans to fly to the USA. Leisure travelers now prefer other destinations and business travelers are finding other ways to communicate with their business partners.

The economic damage to carriers and the US economy is large. In response to the dramatic drop of the number of passengers to the USA, affected airlines in the Middle East have cut the number of flights to the USA with negative effects on their financial performance. Emirates, for example, saw its profit plunge by 82% for the 2016-2017 financial year.

President Trump is causing more and more damage to both the USA’s reputation and economy. He is hardly able to read more than 1 page provided that it contains short and simple words, while he has brought nepotism and corruption to the White House. 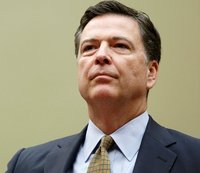 When the FBI’s probe to the Trump campaign’s Russian connections was coming too close, Trump fired FBI director James Comey (a Republican). It seems that nobody has been able to make Trump understand that he US presidency is more than just a reality show.

If the USA would extend the laptop ban to flights from Europe to the USA, flying will also get more dangerous on this route – like on the routes from the Middle East to the USA - because numerous electronic devices with lithium batteries will fill aircraft’s holds.

As a result, the risk of fires in the holds of planes will mount. Indeed, this is why the International Air Transport Association (IATA) has issued a recommendation to passengers that spare batteries should not be placed in checked baggage.

The US Federal Aviation Administration (FAA) has compiled a long list of incidents with lithium batteries in electronic devices on board of aircraft. When these incidents occur in the cabin, the crew can immediately take action and extinquish the fire, but this is not possible if the devices are stored in the hold.

Small wonder that both the British Airline Pilots’ Association (BALPA) and the Dutch Pilots Association (VNV) have warned that we are not solving one problem by creating a worse one.

Not only economic reasons argue against the laptop ban. Also safety concerns lead to the conclusion that it is better if passengers take their electronic devices into the cabin compared to storing them in the hold. Moreover, it is totally unclear why only flights to the USA would be at risk and not flights from the USA.