They blame the Netherlands and Australia for pointing to Russia as the perpetrator. According to the Russian website RT (Russian Today) the decision to quit the MH17 panel is...
Read more
MH17
No comments
Permalink

For the first time since World War II Russia downs an airliner (MH17) in Europe on July 17, 2014. Russia's ruler Vladimir Putin denies any Russian involvement. Several weeks later, on August 27, 2014, Russian troops invade the Ukrainian peninsula Crimea. Unsurprisingly, Putin also denies there is a Russian  invasion. Only after the incursion has been completed he acknowledges the invasion. Later on Russia annexes the Crimea, which stresses that Russia is a lawless country with corrupt rulers.

Most of the Russian troll’s posts contain videos and present Russian misinformation and fake news. Interestingly, Facebook appears to have censored or blocked some of the videos. This prevents our...
Read more
MH17
No comments
Permalink 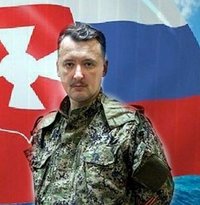 In 2015, the UN Security Council debates about a draft resolution to establish an international tribunal... Second, flight MH17 that is downed on July 17, 2014, exactly 5 years ago. Accurate research into the shooting down has been done...
Read more
MH17, News
No comments
Permalink