All those carriers have the maximum number of 7 stars according to AirlineRatings.com's safety ranking system. On...
Read more
Safety and Security
No comments
Permalink

2018 was one of the safest years ever for commercial aviation, reports the Aviation Safety Network. In that year, a total of 15 fatal accidents with aircraft were recorded resulting in 556 fatalities. The accidents involve 12 passenger flights and 3 cargo flights.

This is worse than the 5-year average of 14 accidents and 480 fatalities: 1 more accident and 76 more lives lost. Even so, as to commercial aviation, 2018 is the 3rd safest year ever by the number of fatal accidents and the 9th safest in terms...
Read more
Safety and Security
No comments
Permalink 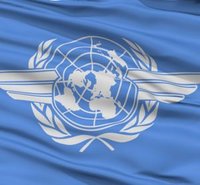 The US Department of Homeland Security (DHS) is responsible for assessing security at foreign airports with direct service to the USA. This is to ensure that they meet ICAO standards set by the International Civil Aviation Organization (ICAO).

In coordination with DHS and the Department of Transportation, experts from the US Transportation Security Administration (TSA) have assessed aviation security at Ninoy Aquino International Airport in Manila, Philippines. This airport serves as a last-point-of-departure airport for flights...
Read more
News, Safety and Security
No comments
Permalink

In-flight sexual assault is punishable in the USA by up to 10 years in prison plus fines and mandatory restitution. But airlines are not mandated to report and record the incidence of in-flight sexual abuse. Therefore, victims cannot directly and timely report the crimes to law enforcement.

What's more, airlines have 4-5 step reporting procedures in place. They involve a flight attendant, the captain, the airline ground crew, and the airline station manager. Those procedures frustrate most investigations. As a result, police do not usually meet the victim, perpetrator, and witnesses at...
Read more
Safety and Security
No comments
Permalink
Air Franc e flight 447 plunged into the Atlantic Ocean en route from Rio de Janeiro to Paris on June 1, 2009. The causes of the plane crash are a sequence of pilot errors from 1 of the 2 co-pilots in the cockpit. This concludes Jean-Pierre Otelli, a pilot and an expert on aviation safety. He published volume 5 of Pilot Errors in October 2011.

His conclusion is based on data from the black boxes that were recovered 2 years after the crash. However, not...
Read more
News, Safety and Security
No comments
Permalink

Loughborough University studied safety issues associated with seating arrangements in planes. The study - published in July 2001 - was undertaken against a background trend of bigger passengers. This trend in combination with a growing number of long flights and high density seating prompted the need for a review of published anthropometric data. Those data involve the measurement of physical properties of the human body. This could guide possible regulation of seat size.

The US Federal Aviation Administration (FAA) Reauthorization Bill that recently passed the US...
Read more
News, Safety and Security
No comments
Permalink