Crew members including pilots need to go through security screening and pass passport control. Although they often have priority and at passport control even...
Read more
News, Tips/Experiences
No comments
Permalink

Strikes are rare in the Netherlands. The polder model is an important institution to control labor unrest. But currently the model doesn’t work at KLM Royal Dutch Airlines. On Monday September 2, 2019 one labor union for KLM ground staff calls a strike for 2 hours (08:00-10:00 am). As a result, 62 flights have been canceled.

The union calls a second strike for Wednesday September 4, again for 2 hours at the same time. This means that again a large number of flights will need to be...
Read more
Airlines, Tips/Experiences
No comments
Permalink

A reader of our website shares his experience at Henri Coandă International Airport in Bucharest. At security control he puts his laptop and smartphone in a bin to pass the scanner. At the other side of the scanner he collects his belongings, passes passport control and walks to the gate.

Once in the plane he discovers that his smartphone is missing. He can’t do anything while traveling. But when he is back home he sends an email to the airport in Bucharest asking whether his smartphone...
Read more
Tips/Experiences
No comments
Permalink

To celebrate a 40-year marriage a Dutch family wants to spend some time in Tenerife, Spain. They spend €1,893 ($2,124) on tickets for flights on Transavia from Rotterdam The Hague Airport, Netherlands to Tenerife. On the outbound flight almost everything is okay, but not on the inbound flight. To get home the family must buy new tickets to Amsterdam, whereas their car is parked at Rotterdam The Hague Airport.

The family arrives at Tenerife Airport half an hour before the check-in will close. Three Transavia check-in counters (73-75) are open....
Read more
Tips/Experiences
No comments
Permalink 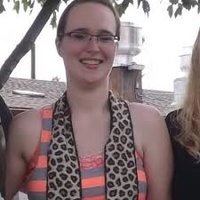 Tiffani Adams (pictured) takes a 90-minute Air Canada flight from Quebec to Toronto. The flight is only about 1/4 full. Less than halfway through the flight she falls asleep, she writes on her Facebook page. And she doesn’t wake up when the plane lands.

Alone in the plane

When she does wake up around midnight, she is still strapped in her seat. It must be several hours after landing. The plane is empty, pitch-dark, freezing cold and locked for the night. Initially, she thinks she is having...
Read more
Tips/Experiences
No comments
Permalink

A reader shares his weird experience with vliegtickets.nl, a Dutch booking site. He books 2 tickets from Amsterdam to Sao Paulo, Brazil. One ticket is for his girlfriend and the other is for himself. Because his girlfriend will depart 1 week earlier, they only travel together on the inbound flights. The journey will start in Amsterdam with a flight on Air France to Paris, where he will connect to a LAN Airlines flight to Sao Paulo. That name is in the ticket even though LAN has...
Read more
Tips/Experiences
No comments
Permalink