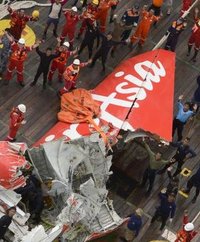 The accident of AirAsia flight QZ8501, which plunged into the Java Sea on December 28, 2014, was avoidable according to Aircraft Engineers International (AEI). Two previous accidents in 2008 and 2009 with aircraft of Spanair (that went bankrupt in 2012) and Turkish Airlines had very similar causes as the AirAsia catastrophe:

* inadequacies in the maintenance system allowing a repetitive low key fault, culminating in an avoidable accident;

* an ineffective regulatory oversight system that consistently fails to detect safety issues prior to an accident.

Therefore, AEI observes that the industry learned very little from previous accidents and raises the alarm: today’s aviation industry’s highest priority is not safety, but cost control (to maximize profits). Pilots and engineers are increasingly under pressure to ensure that aircraft meet unrealistic flight schedules. As a result, more avoidable accidents will continue to occur.

Pilots and engineers are often trained at the bare minimum level. Spare parts and manpower levels have been reduced to unacceptable levels. Safety professionals are pressed to focus on lowering cost. AEI says that it is time for the industry to properly support and listen to safety professionals.

* A genuine culture of safety first must be enforced top down.

* Aviation must create and respect a culture in which licensed pilots and engineers can exercise their responsibilities properly and free from reprisal because of delays.

* 'Doing it right immediately' must become the mantra of every engineer, pilot, regulator and manager.

* Governments must invest in regulators in order to ensure effective oversight.

* Training at all levels within the industry must be improved and increased. On December 10, 2015 the International Air Transport Association (IATA) announced in a cheering press release that the airline industry’s average net profit margin will increase to 5.1% in 2016. Given past experiences it cannot be expected that an industry focused on maximizing profits will put safety first by free will.

Therefore, the role of regulators is crucial. Enforcing and reinforcing safety regulations should be a priority for governments to prevent more avoidable accidents from occurring.