Do not book directly with an airline

A judge in Germany ruled on December 10, 2018 that Lufthansa cannot charge a penalty to a passenger for dropping the last leg of his ticket. This seems good news for passengers and European consumer groups fighting similar unfair practices, which are based on no-show clauses in airlines' conditions of carriage.

European carriers sometimes offer promotional fares in other markets than their home market. In this case, Lufthansa offered a promotional fare on the route Oslo-Frankfurt- Seattle. However, if the fare offered is attractive enough, flyers from other countries may take a cheap flight to Oslo and fly on the promotional fare to Seattle.

A German passenger did precisely this. He flies in first class the route Oslo-Frankfurt-Seattle, while on return he foregoes the last leg (Frankfurt-Oslo). Instead, he purchases a one-way ticket from Frankfurt to his home town Berlin. Everybody can apply the same trick, but it is only practical if you have no checked luggage. The reason is that in Seattle Lufthansa will check your bag through to the final destination (Oslo).

Lufthansa is not amused and sends the passenger an invoice of €2,100 ($2,400) for skipping the last leg, The airline claims it is the outcome of a recalculation of what the ticket without the last leg would have cost on the date of purchase.

When the passenger does not pay, Lufthansa hauls the customer to court to intimidate him. But the passenger is not impressed and fights back by hiring an attorney. When it becomes clear that the judge is going to rule in favor of the passenger, Lufthansa tries to withdraw the case.

However, according to the German civil code this is only possible with the consent of the defendant. Fortunately, the passenger does not agree and demands that the case will proceed. Thus, there is now a German ruling in favor of the passenger confirming that an airline cannot charge a customer for skipping an itinerary's last leg. 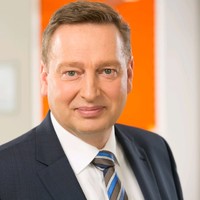 The passenger's attorney, Matthias Böse, writes on his website that the ruling shows that Lufthansa at least violated the transparency requirement of German law. The judge considers that if the provision in the conditions of carriage is not clear and understandable, it constitutes an inappropriate disadvantage of the customer making the provision ineffective. But Böse also cautions that the ruling does not bind third parties and that a decision of a district court has no effect on other courts.

Do not book directly with an airline

Most interesting are Böse's remarks about where to buy tickets. He recommends not to buy a ticket directly from airlines or brick-and-mortar travel agencies. The reason is that in both cases the ticket will come with the airline's booking & ticketing policy.

Böse recommends to purchase tickets from online travel agencies (OTCs) because in that case the conditions of carriage are often not included in the contract. As a result, airlines cannot refer to these regulations. If that is correct, Lufthansa may have burned its fingers.

Carriers have been trying hard to encourage travelers to book directly with them to save on commissions for travel agents. But if you can avoid the conditions of carriage by booking with an OTC, quite a few travelers may do so.