Will Russia ever take responsibility for downing MH17?

The Dutch and Australian governments took a bold and unusual step on May 25, 2018. One day after the Joint Investigation Team (JIT) presented its report of a criminal investigation into the downing of Malaysia Airlines flight MH17, the 2 governments said to hold Russia responsible for the murder of the 298 people on board MH17.

The 2 countries demand not only that Russia will take its responsibility, but also that it will cooperate in finding the truth and justice. So far, however, Russia has done everything to deny any responsibility for the mass murder.

In the UN Security Council Russia was the only member that voted against a draft resolution that would establish an international tribunal to prosecute the culprits of the downing of flight MH17. This is not a sign that Russia is eager to admit that a Russian missile killed 298 people. Russia is the world’s largest country in terms of territory and has large amounts of raw materials. If it would be governed well it would be rich and by far the world’s biggest power. In reality it is underdeveloped with a countryside where sewer systems and toilets are lacking. It is ruled like many African states: by a caste of kleptocrats that murder critics of the regime at home and abroad. Small wonder that its population is shrinking.

When Arkadi Babtsjenko – despite his Ukrainian name a Russian journalist exiled to Ukraine – was killed in Kiev on May 29, 2018, the Kremlin issued a statement almost immediately. Obviously, it had already been written prior to the murder. 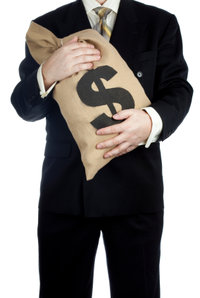 Russian rulers must have been surprised by the detailed results of the JIT’s research because they are not used to that. In Russia, justice is a matter of money and/or politics. Russian judges decide in politically unimportant cases in favor of the party who paid the highest bribe, while in politically important cases their role is to read in the courtroom sentences written in the Kremlin.

Thorough, careful and accurate research like the JIT’s in the MH17 case is beyond the imagination of Russian prosecutors and judges, who operate in a corrupt environment. Their experience is almost exclusively limited to corruption, deception and financially or politically motivated “research.”

Four days after the downing of MH17 the Russian Ministry of Defense claimed that a Ukrainian fighter jet had shot the airliner down because the pilot mistakenly thought it was the Russian president’s aircraft. This was so obviously false that the ministry silently abandoned this narrative without explicitly retracting it.

In 2017 the ministry came up with the even more illogical narrative that it was not involved as a Ukrainian BUK system had shot down MH17 from a position near Zaroshchenske. There is abundant evidence, however, that this territory was controlled by Russian/separatist forces, near a village where it had soldiers stationed.

Interestingly, the first conclusion that MH17 was hit by a 9N314M warhead was not from the JIT, but from Russian investigators – not prosecutors - who were still cooperating with the JIT in April 2015. But in May 2015 there was a turning point. Chairman Joustra of the Dutch Safety Board (DSB) assumes that from then on other people in Russia – read: the Kremlin - became involved.

Nonetheless, the Russian ambassador to the United Nations, Vassily Nebenzia, called the JIT’s conclusion in a meeting of the UN Security Council on May 29, 2018 “unfounded” despite the detailed and irrefutable proof. In the Russian context this is normal. It illustrates the surrealist Russian experience, which is not susceptible for proof and accurate research. In this respect Donald Trump behaves like Russians.

MH17, Safety and Security
No comments