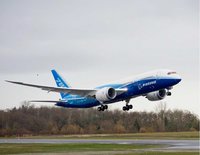 After the Boeing 787 or Dreamliner enters service this aircraft type makes many emergency landings and the fleet is grounded. Eventually, it is again certified to fly. However, a Critical Systems Review Team (CSRT) is formed to perform a comprehensive review of the Boeing 787‒8 critical systems. There are 13 team members: 7 from Boeing and 6 from the US Federal Aviation Administration (FAA).

Everything looks fine on August 16, 2013 when the CSRT sends its report to the FAA and Boeing. In the accompanying letter the team writes that “this report will enhance an already robust airplane certification and safety monitoring process.”

With the benefit of hindsight, however, it looks less fine since more information has emerged about the regulation of the Boeing 787. Documents show that in 2009, Boeing handled 21 issues where engineers with the FAA felt they had come under undue pressure. Al Jazeera's Investigative Unit obtained the papers as part of follow-up research for its documentary Broken Dreams: The Boeing 787.

Boeing employs engineers who are also authorized to represent the FAA. The FAA says that since 2008 it has received 3 formal reports of undue pressure. It investigates all 3 reports, but does not substantiate any of them. Thus, everything looks fine. Or not?

The documents show that in 2010, 4 senior regulating engineers report they work in an atmosphere of undue pressure by higher Boeing management. And in a phone conference in April 2010 they complain they are facing unprofessional negativity from their colleagues in a punitive environment.

Former Boeing Engineers Union President Cynthia Cole, after seeing the documents, says this seems to fall in line with the new Boeing culture. The relationship between Boeing and the FAA may have become a bit too cozy. A bit of an adversarial nature between the FAA and Boeing engineering keeps everyone on their toes, she adds.

In 2011, FAA officials visit Boeing and finds managers are applying pressure to identify changes as minor instead of major in order to avoid regulatory scrutiny. They also find some suppliers are not delivering parts that comply with drawings. Nonetheless, the FAA makes no recommendations or demands for action, but simply identifies and records a number of problems at Boeing. Boeing says that all allegations of undue pressure are without merit.

Obviously, the FAA hands over responsibility for regulation of aircraft to Boeing engineers, because they lack the expertise and resources to do it themselves and because modern airplane programs are too complicated to regulate independently. Planes seem to be certified more by Boeing than the FAA. It is like restaurants telling Michelin how many stars they should get in the Michelin guide.