What is the real price difference between low-cost and network airlines? 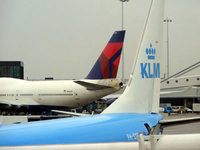 A reader asked us whether it is recommendable to fly from Amsterdam to New York on Norwegian rather than KLM Royal Dutch Airlines or her partner Delta Air Lines. This is hard to answer because personal preferences as to price, service and travel time play a very important role.

Thus, we simply compare routes and prices on both carriers with the outbound flight on November 18 and the inbound flight on December 3, 2016. An important difference is that KLM flies non-stop from Amsterdam to New York, whereas Norwegian has 1 stop with a plane change.

On the outbound flight the stop is in Oslo with a layover of 4 hours and 50 minutes. As a result, the total travel time is 15 hours. As KLM flies non-stop the flight takes only 8 hours and 25 minutes, more than 6½ hours shorter.

Norwegian’s inbound flight has a better schedule. The stop is in Stockholm with a layover of 1 hour and 35 minutes. As a result, the total travel time is 10 hours and 50 minutes. KLM’s non-stop flight from New York to Amsterdam takes only 6 hours and 55 minutes, a difference of nearly 4 hours.

The seat selection fee is a pure windfall profit as it does not involve any cost for the carriers. They only charge this fee because they can.

The question is whether the difference of €100 ($113) is worth the hassle of plane changes, the longer travel time, and the need to pay separately for each drink on board of Norwegian. The (non-alcoholic) drinks may cost €40-50 ($45-57) on the round trip, which would reduce the real price difference to €50 or so, unless you would take a bottle of water in your carry-on bag.

Whether this difference is worth the longer travel time and the inconvenience of the plane changes is a personal decision. But we would not be surprised if most passengers would opt for KLM’s non-stop flights given the small real price difference.