Crew members including pilots need to go through security screening and pass passport control. Although they often have priority and at passport control even a separate window, they still need to show a passport.

The airline frantically tries to get a replacement for the pilot’s lost passport. But given the timing (after office hours) this isn’t easy. Nonetheless, the next morning a passport for the pilot is available and he can pass passport control. Thus, the flight can now depart Ho Chi Minh City at 9:40 am.

Meanwhile, the carrier has taken care of the passengers. They get hotel rooms and the next morning breakfast. Also, the airline is negotiating compensation with the passengers.

No details are available as to how the pilot managed to lose his passport. One observer speculates that he might have been drinking alcohol. If that is true and he would have been caught, he could have lost his job.

No evidence for alcohol 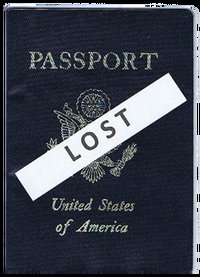 From this perspective it is better to lose his passport, so that he is not even eligible for a security check. But the observer cautions that there is no evidence for it. Thus, it is pure speculation.

Anyway, the carrier says it is investigating the incident. It is trying to discover how the pilot managed to lose his passport. That crew members lose their passports is extremely rare.

The flight turns out to be considerably more expensive than the low-cost airline’s calculation. Most likely we will never hear what the results of the carrier’s investigation will be. Publishing the results might be considered a breach of the pilot’s privacy.