The USA no longer leads the world

Since Donald Trump entered the White House telling lies to the public has become the new political standard. He calls news that is not convenient for him fake news. Many low-educated voters are unable to distinguish Trumpian fake news from real fake news and are actually not interested in this distinction either.

At the G7 summit in Canada Trump arrived late and departed early confirming observations at other recent summits that the USA has given up its leading role in the world. In some respect, Trump even reversed roles by accusing the Canadian prime-minister Justin Trudeau of telling untruths. Obviously, Trump is still the shady businessman and pussy grabber, who does not know the facts and does not understand economics.

Small wonder that one of his aides, Kellyanne Conway, once said that Trump is not lying when he tells untruths because he does not know the truth. If you are interested in Trump’s lies, you can visit Politifact’s website to see the 10 pages long list of false statements involving Donald Trump.

Fox News is eager to distribute Trump’s lies as truths. It has taken a similar position as the state media in Russia. Trump seems to consider this a model, even so much that some observers wonder what Vladimir Putin knows about him.

Moreover, a number of special interest groups have copied Trump’s communication tactics. They are also telling lies and branding news they do not like as fake news. This seems a perfect way to undermine a democracy and to run an autocratic state (like Russia).

Airlines for America (A4A) is one of those special interest groups in the USA. It is the propaganda machine of US carriers and its boss is a funny guy called Nick Calio. On June 7, 2018 he published a short op-ed in USA Today.

He starts out by writing that “independent surveys, such as one by J.D. Power, show customer satisfaction with airlines is growing. And fares are historically low. In fact, they’ve declined for three straight years. Federally imposed taxes account for $63 - or 21% - of a typical domestic $300 round-trip ticket.” Obviously, this is cherry picking, but that is quite usual for special interest groups. 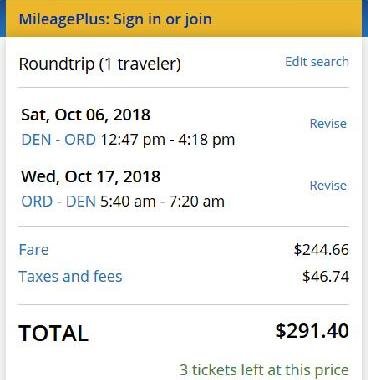 Next, Calio writes that “the so-called full-fare advertising rule forces airlines to advertise an inflated price that bakes in Uncle Sam’s exorbitant cut.” This is a blatant lie. Carriers must show prices including taxes and fees, but they are free to show the price structure.

United fails, however, to specify the fees – carriers just hate transparency - so it leaves passengers in limbo whether they include airline imposed fees. United considers that none of your business. If other carriers do not distinguish between the fare and taxes and fees it is their own choice and has nothing to do with Calio’s full-fare advertising rule. That this rule would force carriers to show inflated prices is just propaganda.