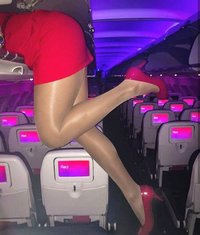 However, not all airlines consider it positive free publicity. United Airlines considers the pictures not funny and is clamping down on the #OverheadBinChallenge tradition. The carrier believes that posting this kind of pictures on social media is unprofessional. Therefore, it wants flight attendants to end the tradition.

Initially, the airline will avoid formal disciplinary measures for first-time infractions. But repeat offenders might experience a lot of trouble. For the time being, however, United is only using words to convince its flight attendants that it is better for their professional reputation to stop the #OverheadBinChallenge practice. 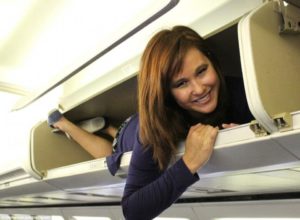 Images on social media showing a link with United should be professional and tasteful. In particular the latter qualification is by its very nature subjective. Different people may have different views on those photos.

Moreover, the carrier itself has reportedly asked its employees to promote United through their social media accounts. And the #OverheadBinChallenge may be an effective way of promoting the airline. So one may wonder how consistent United’s approach is.