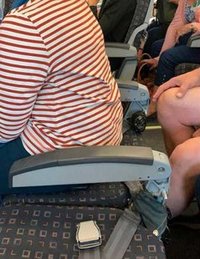 On Twitter, a photo showing a woman sitting in an airplane seat without a seatback went viral. The picture is taken on an easyJet flight from London to Geneva. But vacationers wonder how that is possible and whether that isn’t prohibited.

It's not what it seems

Many people take to social media and call it illegal. They can hardly believe that easyJet would endanger passengers’ safety. Well, easyJet doesn’t. The picture doesn’t show what they think.

The airline explains that the photo has been taken just for the picture. Thus, no passengers have been assigned seats without a seatback.

The passenger wanted the photo purely as a souvenir. The carrier emphasizes that it is absolutely prohibited to fly while someone is sitting in such a seat.

It appears that the flight has 5 open seats, while 2 of those seats do not have a seatback. So all passengers have been seated in regular seats with seatbacks. The 2 seats with no seatback have been repaired the next day.

No passenger in a seat without seatback

It might be different at Ryanair, whose boss Michael O’Leary is an advocate of standing seats. Moreover, he calls authorities insisting on passengers using seatbelts 'plonkers.'

Related: “Will standing seats enter the cabin?” and “The true character of Ryanair’s Michael O’Leary”