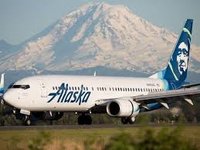 It is amazing that passengers’ satisfaction with US carriers is growing according to the J.D. Power North America Airline Satisfaction Study. This is for the 7th consecutive year. Have passengers got used to a lack of personal space in planes and being nickel-and-dimed by airlines? “Airlines continue to deliver on the operational side of air travel,” says Michael Taylor, head of travel intelligence at J.D. Power. He credits in particular the improved reservation and check-in processes.

Historically, low-cost carriers have had the highest levels of customer satisfaction, but that line is starting to blur. The area where both network and low-cost airlines can improve is in-flight services. This is still the lowest ranked factor. You can think of in-flight entertainment, connectivity, in-seat power and food service.

Overall satisfaction with carriers increases 11 points to 773. However, the gap in overall satisfaction between network and low-cost airlines decreases this year. Network carriers’ satisfaction score improves 22 points, whereas the low-cost segments’ score declines 6 points. Despite this segment convergence, satisfaction at network airlines is with 763 points still lower than at low-cost carriers with a score of 793.

Passengers’ satisfaction with US carriers

As table 1 below shows, Alaska Airlines has the highest overall satisfaction (801) in the network segment, while United Airlines is at the bottom (723).

Table 2 covers the low-cost segment and displays that JetBlue and Southwest Airlines rank highest in a tie. Frontier Airlines has the lowest satisfaction (702) in this segment.

Interestingly, in the low-cost sector the top score is higher and the lowest score is lower than in the network segment. Thus, the differences in satisfaction among network airlines are smaller than among low-cost carriers.