The European Union has strong passenger rights included in EU regulation 261/2004. There are also national enforcement bodies, but some of them are weak. An example is the Netherlands. The Dutch Human Environment and Transport Inspectorate (ILT) oversees airlines as to their compliance with passenger rights. The ILT can sanction carriers that violate passenger rights.

Until 2019 individual passengers could file complaints about airlines with the ILT. For example if they deny compensation in case of a delay. But after the Council of State passed a judgment, the ILT no longer accepts this kind of complaints from 2019.

However, in practice, this doesn’t make any difference. It already had a reputation to serve the carriers’ interest - in particular those of KLM.

Currently, there is the case of Ryanair. Just like many other airlines, it usually denies compensation in case of a delay. Sometimes that is correct, for example if bad weather conditions are the cause of the delay. After all, the weather is not under a carrier’s control.

But in Ryanair’s case the delay is caused by striking employees. And Ryanair is involved in negotiations about labor conditions. Thus, it has impact on the result. Therefore, Ryanair must pay compensation to the stranded passengers according to EU regulation 261/2004. 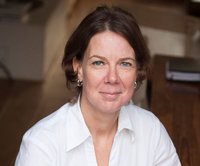 The Consumer Association’s director, Sandra Molenaar, is right if she calls the ILT’s argument incomprehensible: “The watchdog has the statutory duty to test Ryanair’s behavior against the law and to impose sanctions in case of a violation of the law.”

Molenaar is right. It is not without reason that the ILT is included in the European list of national enforcement bodies for aviation. But in the current situation the ILT doesn’t support the consumer. Indeed, there are also complaints about other national enforcement bodies in the EU. A reader of our website shares his experience with the national enforcement body in Portugal: "They don’t respond at all if you file a complaint. You even don’t get an acknowledgment of receipt. Perhaps they don’t speak any English, for everything on their website is only in Portuguese."

Related: “A toothless watchdog” and “How to claim compensation from an airline”