Panic at the emergency exit 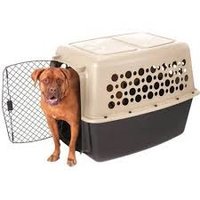 The US Department of Agriculture (USDA) regulates air transportation of pets and requires airlines to follow the guidelines. For example, animals must be transported in pet carriers big enough to allow the animal to stand, turn around and lie down comfortably.

As there are no such regulations for human beings, their well-being seems less important than that of animals. Flyers Rights, a passenger advocacy group tried to change this in 2015 by filing a petition asking the US Federal Aviation Administration (FAA) to promulgate rules governing the minimum requirements for seat sizes. The petition argues that the increasing number of shrinking seats is a threat to emergency evacuation procedures and to passengers' health.

When the FAA denies this petition Flyers Rights' institutes a legal procedure. Eventually, the DC Circuit Court of Appeals rules on July 28, 2017 that he FAA has shown no reasonable basis for denying the petition. It rebukes the FAA for improperly relying on studies that are irrelevant, outdated or not in the record to conclude that seat size would not affect passengers’ safety. The court considers through Judge Patricia Millett that the FAA failed to show a reasonable basis for denying the petition. She rebukes the FAA for improperly relying on studies that are irrelevant, outdated or not in the record to conclude that seat size does not affect safety. Therefore, the court remands the matter back to the FAA to review the petition.

Almost a year later the FAA sends a response to Flyers Rights that essentially says it has no evidence that a typical passenger, even a larger one, will take more than a couple of seconds to get out of his or her seat. But flyers observe quite often in practice that some passengers have great difficulty to get out of their seat and row.

Moreover, the FAA seems to overlook that in real emergency situations with smoke and fire passengers will be in panic. In those circumstances they may not say “after you” to older passengers and children. Thus, it seems questionable whether test evacuations are suitable to draw conclusions about what will happen in case of a real emergency.

Admittedly, the FAA also states it has conducted research testing to assess the effects of “panic-like” behavior during evacuations. These tests simulate the urgency of panic by offering passengers a financial incentive to be among the first out of the emergency exits. But how credible is it that a financial incentive during a test evacuation generates the same behavior as in a real, life threatening emergency?

We wonder why there is still no technology that a passenger at an emergency exit allows to open it just by pressing a button after the captain has latched the exit doors electronically.