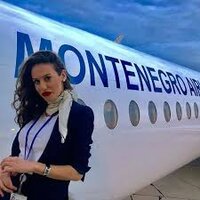 In a strange press release dated March 16, 2020 Montenegro Airlines announces that all flights of the national carrier have been canceled, including the flights scheduled for April 1, 2020. The measure is due to the corona crisis. But the airlines’ website still offers flights, with season greetings from Santa Claus.

In another press release dated December 24, 2020 the Montenegrin capital investments minister, Mr. Mladen Bojanić, states: “This government does not have a problem with making decisions. But, in this case, we cannot make any decisions in favor of Montenegro Airlines.”

He continues by saying: “We have called in companies for advice and we spoke to European consultants. In the end, we have concluded that we cannot make a single decision in favor of Montenegro Airlines that is lawful.”

Montenegro's finance minister, Mr. Milojko Spajić, states that a new national airline will be formed as soon as possible. Government funds will be used as starting capital. And he adds that “this is a difficult situation, in particular for the Montenegro Airlines employees. They are about to lose their jobs. Furthermore, he adds that the government of Montenegro has already formed a working party to create a new national airline.”

However, Mr. Spajić also says that “the founding capital should bear fruit” and thus pay itself back. As for what the government can gain from shutting down Montenegro Airlines, he says that there are practically no assets in the carrier at all.

Montenegro is a small country with a population of just over 600,000 people. It is located in southeast Europe at the Adriatic coast of the Balkans. Online travel agents still offer vacations to Montenegro.

However, the current situation is unprecedented and confusing. Passengers should be very prudent. It seems that it is currently better not to book any travel to and accommodation in Montenegro. The chance that you will lose your payments seems quite realistic.