On July 20, 2019, Donald Trump has a White House meeting with airline CEOs. The issue at hand concerns subsidies that Middle Eastern airlines receive from their governments. At least, that is what US carriers allege without any proof.

In contrast, there is proof of subsidies the US government has channeled to US airlines. The leaked proof refers to the period 1918-1998. Documents referring to more recent periods have not (yet) been leaked. 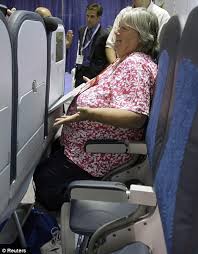 US carriers are lobbying the US government already for years to limit Middle Eastern airlines’ operational possibilities. They do so because they offer inferior products compared to other carriers including those from the Middle East. Offering better products would decrease their profits, whereas profit is their highest priority.

Given the subject, the composition of attendants of the White House meeting raises surprise. Not only the CEOs of American Airlines, Atlas Air, FedEx, jetBlue, and United Airlines are present. Also Qatar Airways’ CEO Akbar al-Baker is present. However, Delta Air Lines’ CEO Ed Bastian is not at the meeting due to his travel schedule.

The self-declared “extremely stable genius” considers it outrageous if someone who is invited to attend a White House meeting doesn’t show up. It is simply too much for a narcissist like Trump with his enormous ego.

But Bastian misses very little. Trump indicates during the meeting he won’t take any action regarding the government subsidies that Middle Eastern carriers allegedly receive. Instead, he encourages the airline CEOs to file a complaint with federal regulators.

Why a White House meeting?

Thus, the US airlines’ CEOs are disappointed that they failed in making it a political issue. Regulators look at the facts and check whether there are any violations of rules. A political decision, in contrast, can be taken on the basis of any convenient reason.

What’s more, an encouragement to file a complaint with regulators doesn’t require a White House meeting. But at least Trump found something to do although his ego wasn’t satisfied.