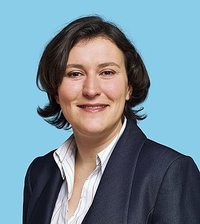 Until September 5, 2019 Tsemakh is the only person connected to the downing of flight MH17 held in jail. But on that day the Kiev Court of Appeals decides to release him from jail. Thus, it overturns the decision of the Shevchenko Court to extend Tsemakh's detention until October 20, 2020.

The reason for his release is unclear. It might be Russia’s power play by threatening the judges. But it might also be corruption. On Transparency International’s Corruption Perception Index (CPI) Ukraine ranks #120 out of 180 countries. This makes it a bit less corrupt than Russia that ranks #138. So Russia might have paid the judges to release Tsemakh from custody. We simply don’t know. 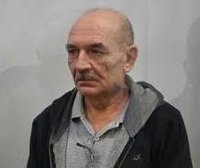 The Russian rulers have pressed Ukraine to extradite Tsemakh to Russia even though he is a Ukrainian citizen. The reason is that Tsemakh is a former anti-aircraft unit chief with the Russian forces in Eastern Ukraine. Thus, he is a key witness of the Russian BUK missile’s launch that downs flight MH17 on July 17, 2014.

Small wonder that Fred Westerbeke, the leader of the Joint Investigation Team (JIT), wants to talk with this witness at all cost. But Russia is trying to prevent that with their extradition request. It wants to avoid that the JIT would get a first-hand witness report of the MH17’s downing and Russia’s involvement.

Tsemakh’s testimony could confirm the JIT’s already overwhelming evidence that Russia is responsible for killing all 298 people on board MH17. On August 30, 2019, Mr. Westerbeke sent a letter to the Ukrainian Prosecutor General's Office.

He notes that on the basis of information that has recently become available, Tsemakh is a suspect in the MH17 case. In their letter to Ukrainian president Zelensky the MEPs also refer to Tsemakh as a suspect.

It illustrates why the Russian ruler Vladimir Putin is so determined to get Tsemakh in Russia. In that case he will be able to control or kill him if deemed necessary. Thus, extradition of Tsemakh to Russia would make questioning him impossible. Russia will never allow him to testify.

It looks like Ukrainian president Zelensky has extradited a Ukrainian citizen. This is a remarkable step, but Zelensky was under high Russian pressure due the swap of 35 prisoners with Russia on September 7, 2019. At this occasion 35 prisoners on each side were exchanged. Russia has not yet officially confirmed the names of the persons involved. However, it seems that Tsemakh is part of the swap.

Zelensky had to decide whether he is willing to pay the price of sacrificing justice and the truth about MH17 for getting home other Ukrainian citizens. A devilish dilemma.

Related: “Not a normal country” and “It was a Buk from Russia”.