Compensation for victims MH17 and MH370

It is painful to talk about monetary compensation for the next of kin of the victims of the tragedies with to 2 flights of Malaysia airlines. First, the mysterious disappearance of flight MH370 on March 14, 2014 while it is en route from Kuala Lumpur to Beijing. Second, the downing of flight MH17 over eastern Ukraine on July 17, 2014 by a Russian BUK missile. 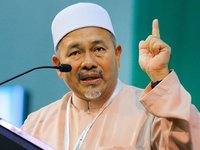 In the case of MH370, all families of the passengers and crew have been offered interim payments of $50,000 (€44,000). Malaysian transport minister Anthony Loke writes this in his reply to questions asked by Datuk Tuan Ibrahim Tuan Man, a member of the Malaysian parliament.

It is different in the case of MH370. The vast majority of families (282) have received full compensation. The remaining 16 families are still negotiating the final compensation after having received an advance payment.

It is unknown who has made the payments. But it is likely that it is Malaysia Airlines insurer, a consortium led by Germany’s Allianz SE. The compensations are assessed under the Montreal Convention 1999. Each compensation is different as it as subject to proof of loss for each individual passenger and crew member.

But there is more litigation. The US family of an 18-year-old MH17 victim is suing a number of financial institutions. Sberbank of Russia, VTB Bank, Western Union Co and Western Union Financial Services, MoneyGram International Inc and MoneyGram Payment Systems Inc are involved.

The family argues those institutions were a substantial factor by providing support to the pro-Russian separatists. Without that support the separatists would not have been able to launch the BUK missile that downed flight MH17.

However, the problem is that Russia is not a democracy. Critics of the Russian rulers are simply killed and Russian judges are not independent. In politically important cases the verdict is written in the Kremlin and read in the courtroom by the judge. In unimportant cases judges decide in favor of the party paying the highest bribe.

Related: "It was a Buk from Russia"