In 2015, the UN Security Council debates about a draft resolution to establish an international tribunal to prosecute the culprits. Russia is the only member of the Council that votes against the resolution. By doing so it avoids the risk of officially being identified as the perpetrator.

This demonstrates how far Russia’s rulers go to protect the killers. As long as the culprits stay within Russia's borders, the murderers will enjoy protection. However, the Joint Investigation Team (JIT) is carrying out an ongoing investigation into the mass murder. The JIT consists of representatives from Australia, Belgium, Malaysia, the Netherlands and Ukraine.

It has thoroughly investigated the downing of MH17 on the basis of facts. This approach is unknown in Russia, where prosecutors and judges are not independent. Rather, they serve the rulers' interests. As a result, lawsuits are not based on facts. In important cases the verdict is written in the Kremlin. The judge’s role is limited to reading it in de court room. In unimportant cases the judge decides in favor of the party paying the highest bribes.

The JIT has released intercepted phone calls between leaders of the so-called ‘Donetsk People’s Republic’ (DPR) and high-ranking Russian officials. What those calls reveal is that Russian influence on the DPR goes beyond military support. 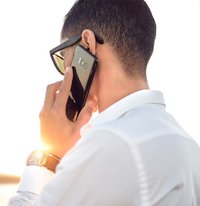 The evidence of close ties between the Russian rulers and DPR leaders raises questions. Crucial is the question about their involvement in the deployment of the missile that brought down flight MH17.

In an earlier stage the JIT already concluded the missile originates from the 53rd Anti-Aircraft Missile Brigade. This is a unit of the Russian armed forces from Kursk in Russia. Now the JIT is looking for witnesses who can share information about those who commanded the deployment of this missile.

Related: “New details about MH17 (or how to lie consistently?)” and “A devilish dilemma”