Passengers leaving the USA by plane must pay the US International Departure Tax. But they are exempted when they travel on non-revenue tickets. Award tickets - that frequent flyers pay for with their miles – are an example of non-revenue tickets. Airlines collect the tax as part of the ticket price. Between June 2016 and November 2017, however, Lufthansa improperly collected the tax from 6,900 passengers with non-revenue tickets.

Only 1 passenger alerts Lufthansa 2 times that it is inadvertently collecting the tax. The airline says it has refunded the tax to this passenger. But the carrier continues to collect the tax and doesn’t not stop until November 2017.

Lufthansa’s explanation is that the company has not received inquiries from any other passengers during this entire period. Therefore, it initially believes the 2 instances to be isolated incidents related to the same passenger. 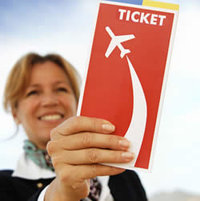 The carrier claims that the inadvertent tax collection is due to an unforeseen consequence of an update of the software used to comply with US tax regulations. As a result, the system collected the tax on all tickets, including non-revenue tickets.

Lufthansa emphasizes that it has not benefitted from the inadvertent tax collection. It has all taxes timely remitted to the US government.

The US Department of Transportation’s Enforcement Office looks at the information provided by Lufthansa. It comes to the conclusion that enforcement action is warranted. But to avoid litigation it proposes a settlement.

Without admitting or denying the violations, Lufthansa consents with the Office’s proposal. Thus, the Office issues a consent order to cease and desist from future violations of the law. The Office assesses Lufthansa $50,000 (€45.000) that might otherwise be assessed for the violations. The airline must pay $25,000 of the assessed penalty within 30 days. The other $25,000 shall become due and payable if Lufthansa violates the cease and desist provisions within 1 year of the date of issuance of the order.

The Office considers the settlement appropriate considering the nature and extent of the violations, while it serves the public interest. It establishes a strong deterrent to future similar unlawful practices by Lufthansa and other carriers. However, $25,000 seems too low an amount to deter an airline.