How useful is travel insurance?

A reader of our website shares his experience at Henri Coandă International Airport in Bucharest. At security control he puts his laptop and smartphone in a bin to pass the scanner. At the other side of the scanner he collects his belongings, passes passport control and walks to the gate.

Once in the plane he discovers that his smartphone is missing. He can’t do anything while traveling. But when he is back home he sends an email to the airport in Bucharest asking whether his smartphone has been found.

After 2 days he receives a number under which the incident has been registered. Also, they ask him details about the lost object, such as the color, whether it has a cover, and other significant details.

He responds by sending those details including the type (iPhone 8), color (white) and that there is a very small scratch on the screen that is hardly to see. Next, he doesn’t hear anything from the border police anymore. Thus, 5 days later he asks them whether there is any news. He receives immediately a response: the email is blank, but it has an attachment.

When he opens the attachment it appears to be a letter signed by a police commissioner. As it is written in Romanian he can’t read it. And the attachment is in fact a photo of the letter. Therefore, he can’t use Google to translate the text.

Fortunately, however, he has a Romanian colleague who translates the letter. The phone has been found and his colleague can pick it up. To do so he needs to show a letter giving him the power of attorney affirmed by a notary public.

The latter condition would make it cheaper for our reader to fly to Bucharest and pick up the phone himself. Or, alternatively, to buy another phone. Therefore, he writes a letter mandating his colleague to pick up his phone on his behalf. That works out. His colleague gets the phone and sends it to our reader. 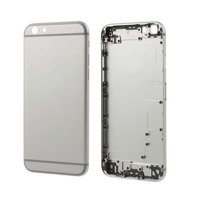 However, when he receives the phone it appears to be an old iPhone 6s. The color is grey and the screen is seriously damaged. Did the border police make a mistake? Anyway, it is not his phone and he cannot even use it because he doesn’t know the access code.

Would someone have exchanged his or her iPhone 6s for our reader’s iPhone 8? This would not make much sense as this person cannot use the phone without knowing the access code. For the time being it is a mystery where our reader’s phone is.