The pandemic has normalized remote work for the foreseeable future. Therefore, the state of Hawaii is offering free round trips to Oahu to out-of-state remote workers, who want to volunteer and live there temporarily. To qualify they should contribute to the state's economy by working and living there. In collaboration with schools and businesses, the state has launched a temporary residency program, known as "Movers and Shakas.”

Until December 15, the program will accept the first group of 50 applicants. They must be remote workers and at least 18 years old, according to the program's news release. Volunteers must move within 1 month of being selected and are required to spend at least 30 consecutive days in Hawaii.

The release also states that Hawaii currently has the lowest rate per capita of Covid-19 infections in the USA. This makes it one of the safest places to live and work in the country. That is not too difficult as the USA is by far the hardest hit country by the coronavirus.

That is tragic, because it is to a large extent man-made. Fake president Trump said in February that the virus will go away in April when it would be warmer. He lied again because he considers the economy more important than health.  This has cost tens of thousands of Americans their lives. As a result, the USA has according to the Johns Hopkins University the highest number of cases: almost 14 million on a population of 333 million. India is the country with the second largest number of cases (9.7 million), but India’s population amounts to 1.3 billion. 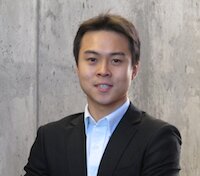 Anyway, the "Movers and Shakas” program is specifically looking for volunteers who want to contribute to Hawaii's local communities. The program will bring in valuable dollars into the local businesses.

But Richard Matsui, the program’s founder who recently returned to Hawaii from San Francisco, has a wider goal. “The real value is bringing talented knowledge workers, who will both help to build our communities through volunteer work and to make our economy more resilient," he says. "While the pandemic is an enormous crisis, it also presents Hawaii with a once-in-a-lifetime opportunity to diversify our economy."