The Boeing 747 has proved to be a relatively safe aircraft. Only 2 Boeing 747s have ever been involved in passenger deaths over 8.4 million flights. However, a number of airlines are now retiring their Boeing 747s, including British Airways.

As part of the virtual DEF CON hacking conference in Las Vegas in August 2020, cybersecurity firm Pen Test Partners show off a video walkthrough of a British Airways Boeing 747. The 10-minute tour includes a nice glimpse into the cockpit. That is how Pen Test Partners discover the 3.5 inch floppy disk drive. 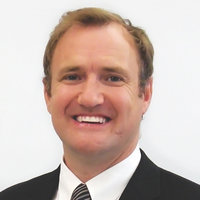 William Cecil predicts back in 2014 that the update process through floppy disks will soon become obsolete. He is director for business development and aircraft data services at Teledyne Controls. Although his prediction looked quite plausible, so far it has come only partly true.

According to Cecil mechanics can reach disk number 6 or 7 during the uploading process, only to find there is a bad disk. At that point they have to start over again. This can potentially lead to a flight delay if the process is occurring for an airline in between scheduled flights.