The scandal emerges in the wake of a PIA plane crash in Karachi that kills 97 of the 99 people on board. According to witnesses the plane attempts to land 2 or 3 times before crashing near the airport. A preliminary report finds that the pilots have failed to follow standard procedures and have disregarded alarms.

According to Pakistani Aviation Minister Ghulam Sarwar Khan, authorities have been investigating collusion between pilots and civil aviation officials. It occurred since late 2018 to circumvent examinations. Pilots have been accused of having someone else sit 1 or more exam papers for them, sometimes even all the 8 papers required for an airline pilot's license.

Pakistan's investigations into pilots' qualifications find several peculiarities. An example is that the test date on the license of a pilot is a holiday. This suggests it is fake as testing can’t have taken place on that day. 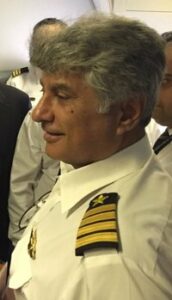 Unsurprisingly, the Pakistan Air Line Pilots Association challenges the authenticity of the list. It has asked the judiciary to probe the issue, citing distrust in a transparent government investigation. Ijaz Haroon, a former managing director of PIA, also sows doubt about the relevance of the list. “This is a sweeping statement from the government and the list of grounded pilots issued by the government is doubtful. It has many mistakes and it will lead to disaster. People will not even think of boarding PIA aircraft when fake license pilots are flying the planes," he says.

But Pakistan is not the only country with fake pilot licenses. In Russia, for example, corruption is so widespread that everything is for sale, including pilot licenses. Flying on a domestic flight in Russia is a kind of Russian roulette.

Airlines, Safety and Security
No comments