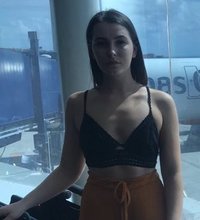 If flight attendants behave like clothing police, they are usually American women. But British stewardesses may act similarly. When 21-year old Emily O’Connor is boarding a flight from Birmingham, UK to Tenerife, Thomas Cook stewardesses threatens to remove her from the flight. To avoid being kicked off she has to put a jacket on.

Interestingly, she was not going to Alaska, but to a Spanish sun-drenched island. In summer it is there 28/29 °C (82/84 °F) and in winter 21 °C (70 °F). Don't Thomas Cook flight attendants know about Tenerife's climate? Fortunately, the airline doesn't share their flight attendants' view. 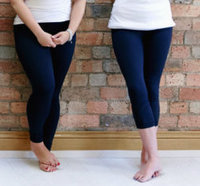 The carrier issued a statement to Yahoo UK saying: "We are sorry that we upset Ms O’Connor. It’s clear we could have handled the situation better. In common with most airlines we have an appropriate attire policy,” the carrier says.

There have been previous issues with passengers' attire. A United Airlines gate agent in Denver refuses to allow 2 young girls on the plane because they are wearing leggings. Although we consider leggings tasteless, it is just that: a matter of taste, not a matter of inappropriateness. And tastes differ. A Southwest Airlines flight attendant tells a passenger that her mini-skirt is potentially offensive to other passengers. The passenger doesn't argue, but drapes a blanket over her legs. It is unknown whether the flight attendant was Islamic or just jealous.

Another Southwest stewardess confronts a passenger in Las Vegas for showing too much cleavage. What is appropriate or not is opaque. There is no clear dress code for airline passengers and whether your attire is inappropriate is solely to the carrier's discretion. So be aware that some US and UK flight attendants behave like Iranian clothing police.

Interestingly, it seems primarily a women's affair. In particular female flight attendants - as opposed to stewards - behave like clothing police, while they almost exclusively target women. One of the few exceptions is a man wearing little but women’s undergarments, who is happy to pose for a picture. In this case some passengers complain at the gate.

But airline employees ignore the complaints. They allow him to board a US Airways flight in Fort Lauderdale. After all, passengers' attire is solely to the carrier's discretion.