The new normal is that airlines nickel-and-dime their customers. They believe that passengers are very short-sighted and only look at the base fare when buying tickets. Therefore, they now charge separately for all kinds of things that were simply included in the fare 10 years ago. These payments are called ancillary revenues and come as an unpleasant surprise for quite a few passengers. The top-10 carriers as rated by total ancillary revenue, END_OF_DOCUMENT_TOKEN_TO_BE_REPLACED ...
Read more
Fares
No comments
Permalink

The International Air Transport Association (IATA) – representing 290 airlines - resembles Donald Trump. It utters a lot of self-praise and it serves primarily its own interests. First, it claims that the experience of airline privatization resulted in enhanced competition in lower pricing to consumers. In reality, however, the US airline market is not competitive. Due to mergers it has become an oligopoly where 4 carriers control 80% of the market. Second, on intercontinental routes carriers have formed joint ventures that basically rule out competition. They not only sell seats...
Read more
Airports, Fares
No comments
Permalink

Since Donald Trump entered the White House telling lies to the public has become the new political standard. He calls news that is not convenient for him fake news. Many low-educated voters are unable to distinguish Trumpian fake news from real fake news and are actually not interested in this distinction either. At the G7 summit in Canada Trump arrived late and departed early confirming observations at other recent summits that the USA has given up its leading role in the world. In some respect, Trump even reversed roles by accusing the Canadian...
Read more
Fares, News
No comments
Permalink

The British Civil Aviation Authority (CAA) is reviewing airline allocated seating polices after conducting consumer research that shows the current approach to allocated seating is causing confusion. The CAA research has been conducted among more than 4,000 consumers who flew as part of a group (of 2 or more people) in 2017. It presents interesting findings. Nearly half of respondents report that the airline did not inform them before booking that they would need to pay more to ensure their group could sit together, while 10% say the carrier only...
Read more
Fares
No comments
Permalink Air Ticket Arena is a new, mobile app enabling you to bid on airline seats within 2 weeks of departure. Air Ticket Arena has adopted the slogan “Let the Airlines Fight for Your Money” and aims at selling 300,000 seats a year. Air Ticket Arena founder Kresimir Budinski claims that the app serves both buyers and sellers by allowing carriers to turn unsold seats into extra revenues and enable passengers to bid for last-minute flight bargains. Carriers decide between 24 and 48 hours before a flight which seats are available...
Read more
Fares
No comments
Permalink 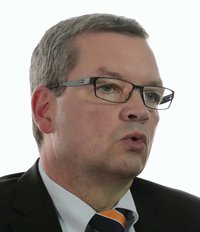 Sabre Corporation touts it is the global leader in best fare flight search options. They claim they outperform the competition and deliver the lowest fares with a large selection of attractive flight options. Their claim is based on “a wide-scale qualitative and quantitative competitive global distribution system (GDS) study conducted across 18 countries by Dr. Fried & Partner, a leading marketing and consulting firm.” It was paid for by Sabre, so it is a typical case of selfpraise. We did not find any ranking of marketing and consulting...
Read more
Fares, News
No comments
Permalink