Small wonder that the US Association of Flight Attendants (AFA) calls on the US Department of Transportation (DOT) to take action to limit abuse of the emotional support animal designation in the system. Although some airlines recently took action by implementing stricter rules, the DOT can regulate it for the industry.

Thus, it is unsurprising that the survey finds that 61% of the responding flight attendants report working a flight where an emotional support animal caused a disruption in the cabin. They also report that 53% of the disruptions include aggressive or threatening behavior by the animal. 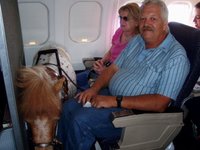 Other examples include a dog snapping at a flight attendant's heel when she walks by. A dog biting a flight stewardess while she attempts to set a beverage on the tray table. And repeated barking and lunging at crew members, passengers, and children.

No less than 43% of the disruptions include animals failing to fit in the designated space, roaming about the cabin, and barking consistently throughout the flight. A bird was lost in the cabin for 45 minutes, and a dog was in the aisle of the aircraft the entire flight, blocking the path of egress. Flight attendants also report animals often getting loose in the cabin after their owners fall asleep during flight. 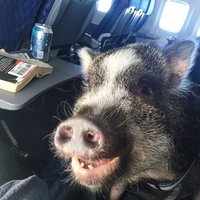 Ironically, a flight attendant had to page for a veterinarian because a dog was having a breathing problem. A nurse onboard assists and advises the owner to hold the animal tightly and talk to it because it was having an anxiety attack. So this is a case of an emotional support passenger for an animal.