The grounding of the Boeing 737 MAX is unique and detrimental to Boeing’s reputation. But many other facts have emerged that also undermine Boeing’s credibility. Crashes of Boeing planes appear to have a lot to do with how Boeing operates.

The New York Times has uncovered how careless the plane maker operates from a safety perspective. Profits seem to be more important than safety. Small wonder that Boeing has influenced reports about Boeing crashes in an attempt to minimize its responsibility. All those interventions aim at clearing Boeing of blame for the crashes. 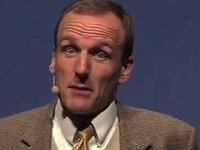 After the 2009 crash the Dutch Safety Board (DSB) commissions Dr. Sydney Dekker, an aviation expert, to analyze the crash. When the report is finished, the DSB does not publish it. Only after The New York Times publishes an insightful article the DSB uploads the report to its website.

Dekker is very critical about Boeing. He accuses them of deflecting attention from its own design shortcomings and other mistakes. According to Dekker, Boeing issues hardly credible statements that admonish the Turkish pilots by blaming them for being insufficiently vigilant. But Boeing is silent about the fact that there is no information in the Boeing 737 NG operations manual that could have helped the pilots.

The problem is that Boeing’s design allows a computer command to be triggered by a single faulty altimeter. This holds true on both the MAX and the NG even though the plane is equipped with 2 altitude sensors.

As a result, the faulty sensor prompts a computer to cut the plane’s speed just before landing. This may cause a stall. Obviously, this is similar to the problem with the 2 more recent MAX crashes. In those cases a computer pushes the aircraft’s nose down just after takeoff. Although Boeing is aware of that, it considers it a technical issue, not a safety problem.

No fix for older jets

Also important is that Boeing had developed a software fix well before the Turkish Airlines crash. It offers it as an optional update, but it doesn’t work on older jets, including the Turkish plane.

Boeing doesn’t develop a compatible version until after the accident. The DSB calls this remarkable in a draft report, but removes this qualification when Boeing objects. It illustrates how independent aviation researchers are.