Boeing can spare no expense

Boeing has landed in hot water after 2 crashes of Boeing 737 MAX planes within 5 months. Those disasters left 346 passengers and crew members dead. The plane maker seems primarily responsible for the 2 dramas.  Boeing pretended that the 737 MAX was just the same aircraft as the 737 with minor adjustments.

Therefore, the US Federal Aviation Administration (FAA) adopted Boeing’s opinion about the 737 MAX. Pilots wouldn’t need more than a few hours of training on a flight simulator to be ready for flying the 737 MAX. Moreover, Boeing hardly informed airlines and pilots about the changes in the 737 MAX systems.

However, the FAA bears a secondary responsibility. First, they issue an airworthiness certificate without sufficient knowledge of the system changes. Second, they fail to respond to the first crash. And third, they respond very slowly to the second crash by being the last watchdog to ground the 737 MAX.

Boeing says it will allocate $100 million (€89 million) to address family and community needs of the victims’ families. This sounds like a huge amount and it is, but the funds will become available in multiple years. 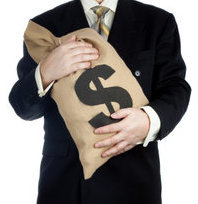 The money will not only be used to support education, hardship and living expenses for impacted families. Other purposes that will be served are community programs and economic development in impacted communities. Boeing will partner with local governments and non-profit organizations to address these needs.

In addition, Boeing may have to pay millions in damages to families of victims who have filed numerous lawsuits. Moreover, federal authorities’ investigations may result in penalties for the plane maker. And numerous airlines may seek compensation for the cost they have to make. They need to use replacement aircraft to carry the passengers they would have transported with their Boeing 737 MAX planes. Some families of victims of the Lion Air crash in October 2018 may not be able to sue the airline or Boeing. The New York Times writes they have been pressured to sign settlement agreements that bar them from suing the 2 companies.

Ironically, among the victims of the Ethiopian Airlines flight in March 2019 is Samya Rose Stumo. She was a grandniece of Ralph Nader (85), the consumer rights advocate and past US presidential candidate. Her family sued Boeing in April 2019.

Related: “After 2 crashes and 346 fatalities” and “A litmus test for Boeing”