Avis rips you off 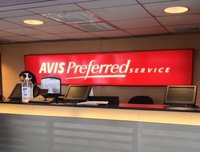 Several readers complain that Avis has multiplied prices together with other large rental car companies. One of the readers is really angry and sends us a receipt for an Avis car rental in Florida a few months ago. The price that he paid, amounts to €163 ($179) for a 1 week rental of an economy car (Ford Fiesta). As the reader is an Avis Preferred customer he has experience with Avis rental cars.

So far, he has been reasonably satisfied with Avis rental agreements. So when he needs a rental car again he visits Avis’ website. He can hardly believe his eyes when he observes that Avis the prices has multiplied by 4-5. The same car as he had a few months ago costs now €732 ($802). But the price structure is now also strange as a full size (Ford Taurus) is somewhat cheaper than an economy car (Ford Fiesta): €692 ($759).

The reader writes that he has thrown away his Avis Preferred card. Even though he has never had a complaint about Avis cars, he refuses to be ripped off. Other big rental car companies - like Hertz - did exactly the same as Avis. This suggests a concerted action.

Fortunately, there are considerably cheaper alternatives. By using a search engine you can easily save ⅔ of the cost compared to Avis. That is exactly what the reader does. He now pays for an economy car €254 ($279) per week.

We ask Avis for comments on our readers’ observations. As Avis doesn't respond, we ask them again for comments. They still don’t respond, so we ask them for the third time. Again no response. We do have some understanding for their silence, for what can they say? If they explain they want to boost their profits it doesn’t sound very sympathetic or customer-friendly.

In the Netherlands there is a competition watchdog called Authority for Consumers and Markets (ACM). Its task is protecting consumers’ interests and watching whether companies compete fairly. Thus, we ask the ACM whether they are aware of the recent development in the rental car industry. After all, the development we observe, suggests that rental car companies have formed a price cartel. However, the ACM doesn’t raise the impression they monitor the rental car industry. A spokesman tells us that they trust competition will work and will discipline companies’ pricing. We refer to the exorbitant price increases by the large rental car companies as the ACM encourages visitors of their website to report cartels.

Customers should act themselves

But the spokesman is not impressed. He trusts that competition will correct the huge price increases. And he adds that it is very difficult to prove whether or not companies form a price cartel. Thus, consumers should act themselves. If they do the same as the reader, Avis would be decimated soon.