Usually, airlines say that safety is their top priority. American Airlines, however, seems to have changed this mantra. Departing exactly on time is now American's highest priority as a result of a new personnel management system.

American's boss Doug Parker believes that “the most important thing to customers is that we deliver on our commitment to leave on time and get them to the destination as they have scheduled.”

Therefore, American introduced a new points-based attendance and performance policy. It assigns flight attendants points for various attendance infractions, including:
* taking more than 2 contractually-allowed personal days, or
* reporting late for work, or
* being a no show for a scheduled trip, or
* being sick during critical times for the carrier.

If a flight is pushed back 1 minute late, employees can get called in and reprimanded if other operational needs are allowed to get in the way of a timely departure. However, this may be at the detriment of both safety and customer service.

No time for customer service 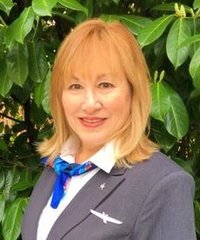 Small wonder that Lori Bassani, president of the Association of Professional Flight Attendants (APFA), is furious. She calls the program a new regrettable chapter in the relationship between flight attendants and their employer.

Personnel management out of date

The consequences for amassing too many points within a 12-month rolling period are severe. A flight attendant with 4-6 points will be subject to a performance review, with 8 points (s)he will receive a final warning, and with 10 points termination will follow. 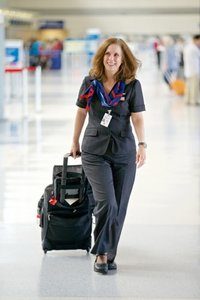 American's response is hypocritical witness the following statement: "The new policy recognizes that life happens and provides flight attendants with latitude to manage their time away from work. At the same time, it encourages attendance accountability which ensures we are appropriately staffed to provide our customers with the great service they expect and deserve when flying American.”

No sensitivity and empathy

Then they will learn that the days of a personnel management with primarily negative incentives are gone.

We have added a new poll on the front page, where you can vote whether or not you agree with American's new personnel management.