The world’s safest airlines in 2019

All those carriers have the maximum number of 7 stars according to AirlineRatings.com's safety ranking system. On one hand it makes sense to present a top-20 just in alphabetical order. But on the other hand, many carriers that are not included in the top-20 also have 7 stars, so they could have been included. Thus, it is arbitrary which airlines make it to the top-20. 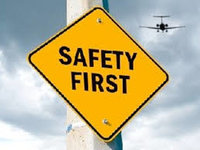 Unlike a number of other low-cost carriers, these airlines have all passed the stringent International Air Transport Association Operational Safety Audit and have excellent safety records. 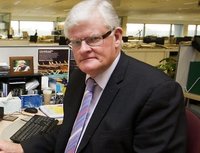 The website only looks at serious incidents in making its determinations. Editor-in-Chief Geoffrey Thomas explains why:
“All airlines have incidents every day and many are aircraft manufacture issues, not airline operational problems. It is the way the flight crew handles incidents that determines a good airline from an unsafe one. So just lumping all incidents together is very misleading.”

Related: "The world’s safest and most dangerous airlines"