Who will pay Air France/KLM’s losses?

Nationalism seems on the rise in the EU. In particular the 4 miser countries – Austria, Denmark, the Netherlands and Sweden – refuse to run up common debts. Moreover, France and the Netherlands have started with providing state aid, each for their own national airline. Some observers think this may prelude closing down the holding company Air France/KLM. Next, the mainly privately owned airlines Air France and KLM could continue separately.

The two carriers have very different cultures that mirror the more general differences between the Netherlands and France (a Latin country). Currently, the Dutch and French governments have a 14% stake each in Air France/KLM. The Dutch government recently increased its stake to the same level as that of the French.

Aid in the form of loans

Interestingly, France has announced loans for Air France worth €7 billion ($7.6 billion). And the Netherlands is planning loans for an amount of €2-€4 billion ($2.2-$4.4) for KLM. But it seems likely that the loans will not be sufficient to save the 2 carriers.

The French finance secretary Bruno Le Maire and his Dutch counterpart Wopke Hoekstra are unanimous on a specific point. Both emphasize that public money can only benefit their own national airlines (Air France and KLM, respectively). Thus, nationalism seems to dominate the current events in the airline industry as opposed to a European approach. 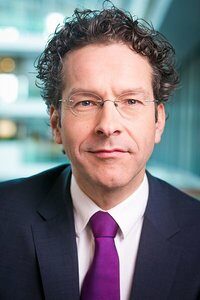 However, both airlines already have high debts. Therefore, Jeroen Dijsselbloem, a former Dutch finance secretary, says that adding even more debts is risky. He believes that expanding the 2 governments’ stakes in Air France/KLM’s capital stock is a better alternative than more loans.

A strong argument for a higher government stake is that private shareholders will see their shares diluted. This means that they will chip in the losses rather than tax payers.

On May 22, 2020 the French announce their aid package for Air France at a conference without coordination with the Dutch. As a result, the Dutch has to organize their press conference in a hurry and at a time when the negotiations with KLM have not yet been concluded. This is not very promising for future cooperation.