Traditional network airlines like KLM face competition from low-cost carriers like EasyJet, Norwegian and Ryanair that are similar to Frontier Airlines and Spirit in the USA. These airlines create the illusion of rock bottom prices by advertising low base fares to entice consumers to book with them. Only later on passengers realize they will have to pay an array of additional fees for whatever you can think of, from boarding passes to the use of overhead bins.

KLM introduced advance seat selection fees in late 2015 and rolled the concept out in 2016, while Lufthansa followed in 2017. It is possible to avoid those fees by reserving a seat for free during check-in, but it varies by airline and flight type when check-in opens.

Online check-in opens for most KLM flights 30 hours before departure or 24 hours for flights to the USA. Check-in for Lufthansa flights usually opens 23 hours prior to departure. If you wait with selecting a seat until check-in, however, you render the risk that only a middle seat next to the lavatory will be available. 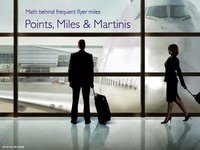 The carrier does not specify the advance seat selection fee for standard seats. It does mention that silver, gold and platinum members in the Flying Blue program can select standard seats in advance for free.

Furthermore, it only provides vague information: the fee amounts to €10-€160 per flight for so-called economy comfort seats (with a little more legroom). More precise information remains hidden until just before the end of the booking process.

Lufthansa gives considerably more detailed information. The advance reservation fee for standard economy seats on long haul routes amounts to €25 or $35 per flight and on short and medium-haul routes €10 or $11 per flight.

HON Circle members and senators (gold members) in the Miles & More program may reserve seats in advance free of charge, except when they travel on a European flight on the cheapest ticket (economy light).

Related: "What is the real price difference between low-cost and network airlines?"