A way to find error fares?

Have you always hoped to find an error fare? CheapFlightsFinder.com, a site that was founded in 2008, claims in a press release that your chances to find such a fare may now be greater than before thanks to its new service.

More in particular it claims that the new service unveils the cheapest flights ever published from your local airport including super cheap airline error fares. To this end it uses prices found from over 1,200 sources.

You need to enter your local departure airport, then select whole year in flexible dates and hit search. The site will launch a search for the cheapest fares on a number of search engines. Not only are airline error fares uncovered, but also genuine time sensitive travel deals officially published by the carriers. 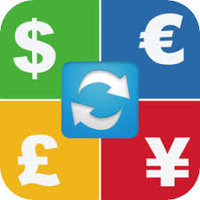 Error fares can occur for several reasons. They may be due to a misplaced decimal point, a currency conversion mistake, a human error during data entry or another reason.

You should be aware that carriers are not by definition obliged to honor super cheap error fares. Therefore, you should not book additional plans like rental cars, hotel rooms, theme park tickets etc. before the airline has honored the fare.

According to CheapFlightsFinder you can increase the chance of finding an error fare by following 2 guidelines:
1. Book directly through an airline’s website.
2. You have to o book them as soon as they are published for error fares do not last long.

Obviously, you can also search for specific travel dates rather than a whole year, but in this case the chance to find super low rates or even error fares is smaller.

CheapFlightsFinder seems to have found a way to attract travelers’ attention rather than a way to unveil error fares.